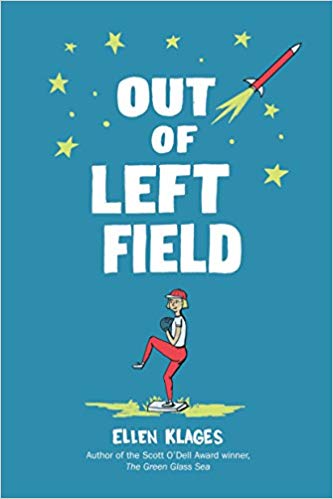 Out of Left Field by Ellen Klages

Out of Left Field is a work of love dedicated to the unsung heroes and history of women’s baseball. If you’re a baseball fan, this book is definitely for you. But here’s the thing: if you, like me, have no interest in baseball or women’s baseball, or for that matter, no interest in sports at all, then this book is STILL 100% recommended! I love the way Out of Left Field shows the power and importance of written history and how the writers of history can impact people in the present and future.

Ten-year old Katy Gordon is the best baseball pitcher in her neighborhood with a unique curveball that can’t be hit. When a Little League scout sees her play and invites her to try out, Katy is absolutely thrilled! She soon realizes that the scout thought she was a boy and that the team is a boys only team. So Katy tries out as a boy and easily makes the team. Things go great until she is “ratted out” and kicked off the team.

Katy is outraged and angry about the unfairness of the rules. Her mother, a chemistry professor, has faced her own challenges working in the predominately men’s field of science. She tells Katy that she can either accept the rules and move on, or take action and fight for her cause. Her mother is willing to support which ever road Katy decides to take, but cautions Katy that it will take a lot of hard work to challenge the rules and there is no guarantee that things will change.

Katy writes to the National Little League Society to challenge the local decision and is told that girls have never played baseball since they are too fragile and would hamper the boys’ ability to be competitive. Katy is determined to prove Little League wrong and find at least one woman who has successfully played baseball. She turns her search into her social studies project, beginning in the library and expanding to all of San Francisco and beyond. She meets exciting people, makes new friends and finds an entire world of women’s baseball that has been left out of the history books.

This story has a strong sense of place and time. While learning about woman’s baseball, we also learn about Sputnik, the civil rights movement, TV shows such as Leave it to Beaver, and other prominent issues and icons of the late 1950s. Best of all, we meet great female athletes such as Jackie Mitchell, who struck out Babe Ruth and Lou Gehrig, and Babe Didrikson Zaharias, an Olympic gold medal winner. 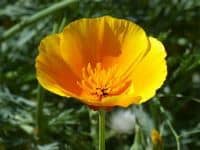