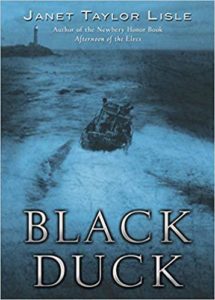 The 18th amendment was the constitutional ban of the sale, manufacture and distribution (but not the consumption) of alcohol, also known as Prohibition, in the United States between 1920 and 1933.  It was hoped that Prohibition would reduce crime, but it actually increased crime and gang activity in many places. This book is a fictionalized story of the Black Duck, a rum running speed boat from Rhode Island, the only state that never ratified the 18th amendment.

This story alternates between the present day high school student David Peterson, who dreams of becoming a journalist, and Ruben Hart, a man who was 14 years old during the 1929 shootout of the Black Duck rumrunner that resulted in the deaths of 3 men. It is rumored that Ruben may have been involved with the Black Duck and David hopes to get the “scoop” for a newspaper article.

14-year-old Ruben and his best friend Jeddy find a body washed up on the Newport beach while looking for lobster pots. Looking for ID, Ruben takes a tobacco pouch and pipe off the corpse.  Little does he know this will get him noticed by rivaling gang members and the Boston mob.

What follows is a story of friendships made and lost, a community divided, illegal night time activities, rich mobsters, kidnapping, corrupt officials and people just trying to keep their heads above water during these economically difficult times. While Ruben tries to get to the truth of the dead man and the secrets of his community, Jeddy (whose father is the police chief) struggles with trying to turn a gray world black and white. 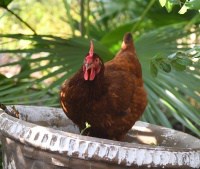