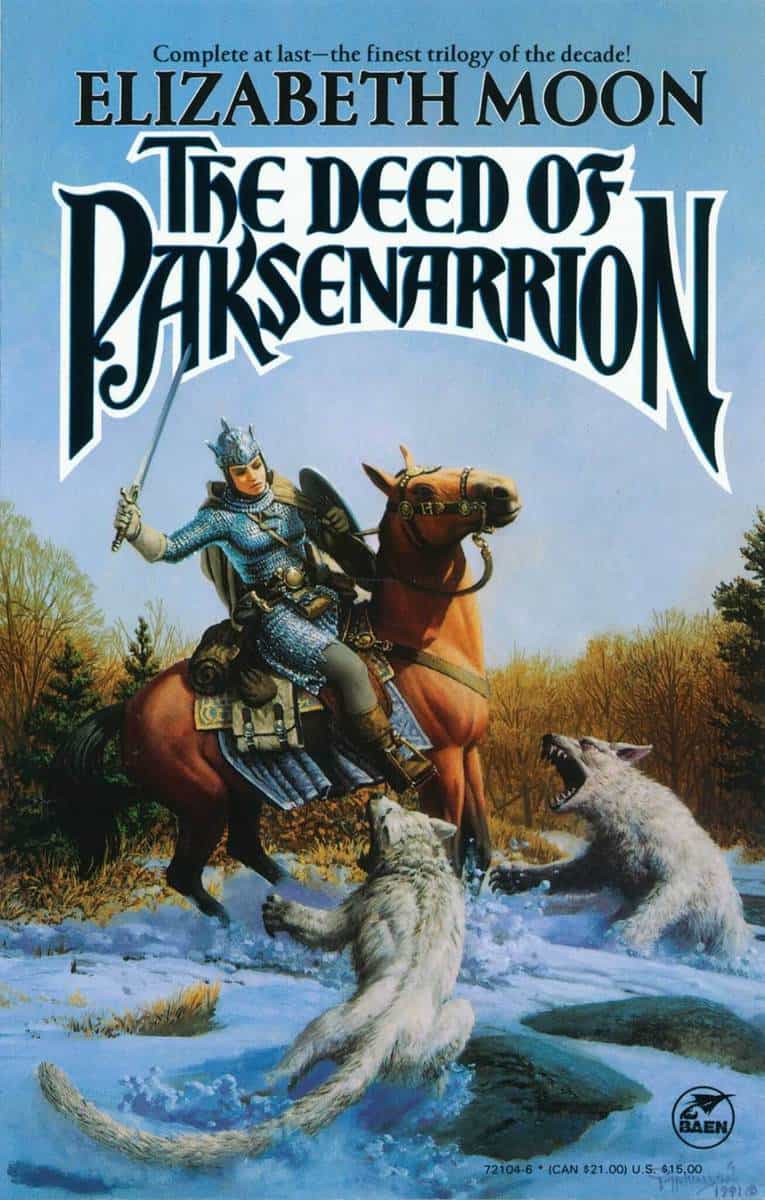 The Deed of Paksenarrion by Elizabeth Moon

Paladin: a warrior dedicated to the light, to protecting the people and fighting against evil.

Imagine you grew up on a small sheep farm.  You told your father that you did not want to marry, but he made arrangements anyway and the dowry has been paid.  What do you do?  Do you begrudgingly marry when you do not want to?  Not if you are Paks.

The Deed of Paksenarrion, by Elizabeth Moon, tells the story of a young sheepherder’s daughter who rather than marry the young man her father picks for her, runs away and joins the army.  We learn about the world through her eyes as she experiences it.  We learn about military life as she trains to be a soldier.  We learn about the courage and bravery needed to stand against evil, as well as the cost of doing so.  Over time, through war, loss, tests, and trials, we see how a young girl from a small village grows up to become a warrior, dedicates her life to fighting evil, and becomes a paladin, and a great hero.

The Deed of  Paksenarrion is actually a compilation of three books: The Sheepfarmer’s Daughter, Divided Allegiance, and Oath of Gold.  The story drew me in from the start.  First published in 1998 and 1999, the female protagonist is portrayed as a real person, faced with difficult situations who, because of her choices and acts, gains the respect and trust of the leaders of the land.

There is a convenience to having the three books bound together and as I finished the first book, I was eager to start the next.  However, the flip side of that convenience is that 1024 pages makes for a long read and perhaps I didn’t savor the second half as much as the first.  Also, there are sections of the story where Paks is fighting evil, and the minions of evil attempt to shake Paks’ faith, so the stories might not be appropriate for younger readers.  While the book draws on popular fantasy conventions, it is an original and well-told fantasy adventure.