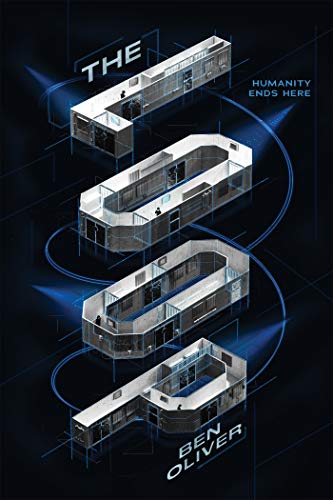 The Loop by Benjamin Oliver

Luka Kane is a normal 16 year old who is in a Juvenile prison called “The Loop.” He is on death row. He knows that he won’t be going home, but he can delay his execution by agreeing, every 6 months, to participate in a medical experiment. Sometimes these experiments, or “delays,” are innocuous, but other times they go horribly awry. These experiments are conducted on prisoners so as to develop genetic and biological enhancements for the rich.

Life in the loop is a very boring routine that repeats day after day. In fact, at times while I was reading I imagined that “the loop” had a double meaning, not just the physical structure built as a giant loop, but also the routine on repeat. There were two relatively “bright” spots to the day, an exercise period where Luka ran back and forth in the yard and could call over the wall to other prisoners, and lunch time. At lunch time the warden stopped by with lunch and spent a couple of minutes with each inmate. The warden was a kind young woman who would bring books for Luka to read, something she didn’t have to do. Those were the “bright” spots. The “darkest” spot of the day was the energy harvest each night when the prisoners were basically tortured to create fear that was somehow harvested. The loop continued day after day until a very unusual out of normal cycle “delay” was scheduled and everything changes.

The story is very well set up. The reader experiences the routine and slowly learns about the characters and story world, all of which seem believable. We are drawn in. I listened to the audiobook version and the reader did a good job of setting up the routine using voice and pacing. The characters are pretty well developed and Luka and his friends are likable. However, the story fell down in a few areas. Luka is caught and escapes so many times that I found myself thinking “not again.” Also, the government and society is pretty central to the circumstances and characters, but it is not developed as much as was needed. With The Hunger Games and Divergent, two similar dystopian series, the reader is given a good understanding of the society, how the central characters fit in, and the unfolding of events makes sense. For example, Luka’s family was pretty central to the later part of the book and his motivations, but wasn’t much discussed before hand.

Despite the shortcomings, the story is well paced and I was anxious to continue the story to find out what would happen. Also, there were parallels to current day that helped make the story relatable. The Loop is the first book a series and oddly, while I was anxious to continue reading and finish it, I don’t have a desire to read the next installment. Perhaps it will be better as a movie?