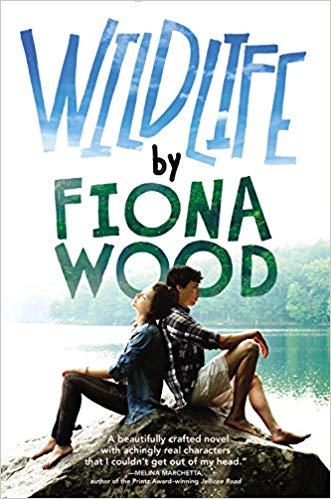 I really liked Wildlife by Fiona Wood. It is about two 16 year old girls, Sib and Lou, whose school has a “term in the woods” program.  Lou is new.  She just transferred in.  Her boyfriend died in an accident and she is trying to cope with her grief.  Lou is no-nonsense, understandably withdrawn, and pretty in touch with her feelings.  Sib, on the other hand, is pretty outgoing.  From a young age her mom has coached her in a pretty positive and open way how to handle what life might throw at her, and she knows what she should do.  Sib is among her friends, her long-time math nerd friend Michael and her long-time best friend Holly.

Holly likes to be the center of attention, she often is, and she is willing to do things to stay the center of attention. Things are turned upside down when just before the semester starts Sib is chosen as a model and she gains some local fame.  She also gets the attention of Ben, a popular boy who Sib likes.  Holly pushes Sib into a relationship with Ben, partly so she can also join the popular group who orbit around Ben.  Meanwhile, Lou and Michael become friends and Lou discovers that Michael has a secret crush on Sib.  Pot, sex, teenage hormones, manipulative friends, the wilderness, what could go wrong?  Friendship, love, honesty, introspection, what could turn out right?

The book was a pleasant surprise.  The main characters were very well developed and I really liked them.  Sib especially was a wonderful combination of typical teen wanting the dream, peer pressure, her mother in her internal dialog, and yet she knows the difference between dream and reality.  In fact, the worst part of the book was that the ending was realistic.

I listened to the audio version and the readers were very good.  The story alternated between the point of view of the two girls and having two readers made that work well.  Wildlife is one of my favorite books of 2019.  It was fun and meaningful at the same time, which is difficult to achieve.