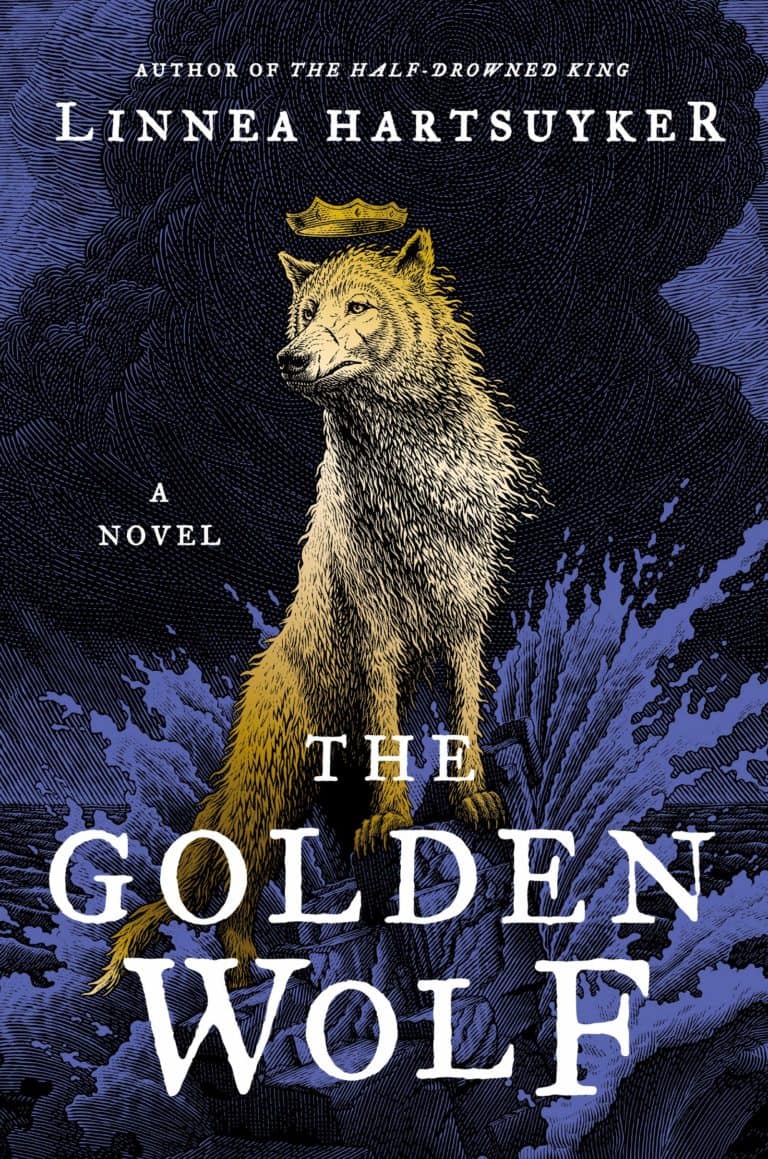 The Golden Wolf by Linnea Hartsuyker

The Golden Wolf is the third and final book in the series about the lives of Ragnvald, his sister Svanhild, and of their family, friends, and enemies.  The first book, The Half Drowned King, focused on the young Ragnvald and Svanhild as they came to adulthood and fought to claim their places.  In the second book, The Sea Queen, Svanhild learns to captain a ship from her husband Solvi, a renowned raider and enemy of her brother.  Their stories are deeply entwined with that of King Harald, whose ambition is to unite all of Norway.  Whereas the first two volumes focused on trials and adventures of the two siblings, in The Golden Wolf they are older now and their children are coming into adulthood themselves.

Svanhild and Solvi have a daughter, Freydis, who seems to have grown up in a protected environment, but who is unexpected thrown into a situation where she must trust and come to know herself.  If there is a hero in this third book, it is Freydis.  She doesn’t always make the best decisions, which is one of the drivers of Linnea Hartsuyker’s stories, but she is strong, finds her way, and becomes a young woman with wisdom and insight beyond her years.  Although she is much different than Svanhild, she is cut from the same cloth.

Ragnvald has several sons, but the story focuses on three of them.  Ragnvald has designated is eldest son Ivar as his heir.  Ivar and his second son, Einar, have pledged to always fight by each other’s side, and this suites Ragnvald fine, as he sees Einar’s role to be to serve his brother.  The problem is that Ivar is not necessarily the more capable.  The third son Rolli, is a giant of a young man, with a good and brave heart, but Rolli is perhaps too trusting and is lead into trouble.  Of course, Ragnvald and Svanhild are not the only ones with adult children.  King Harald has many wives and has many sons, and their enemies also have adult children that are ready to claim a place.  That’s the rub, there are more ambitious children than there are places for them.  Keeping the peace, trying to secure their future, and still fulfill their oaths are the challenges that make up this part of the story.

While the first book had many characters, we are introduced to them as the story unfolded.  The second book focused more on Svanhild and Solvi.  The third book begins some years after the second book ended and the reader is thrown into a world with characters, some of whom have very similar names.  There wasn’t the slow start or story focus to get to know everyone and their places.  I found it a bit difficult to orient myself in the beginning, but things fell into shape after a few chapters. While I found the story, the characters, and their challenges all very good, this book was my least favorite of the three.  Perhaps because Ragnvald was way too human and I had become used to him being extraordinary.  It was frustrating, but maybe that is more realistic.

If you have read the first two books then it is definitely worth reading this one.  You will want to see how it ends.  I listened to the audio version and the reader, Matthew Davies, was excellent.