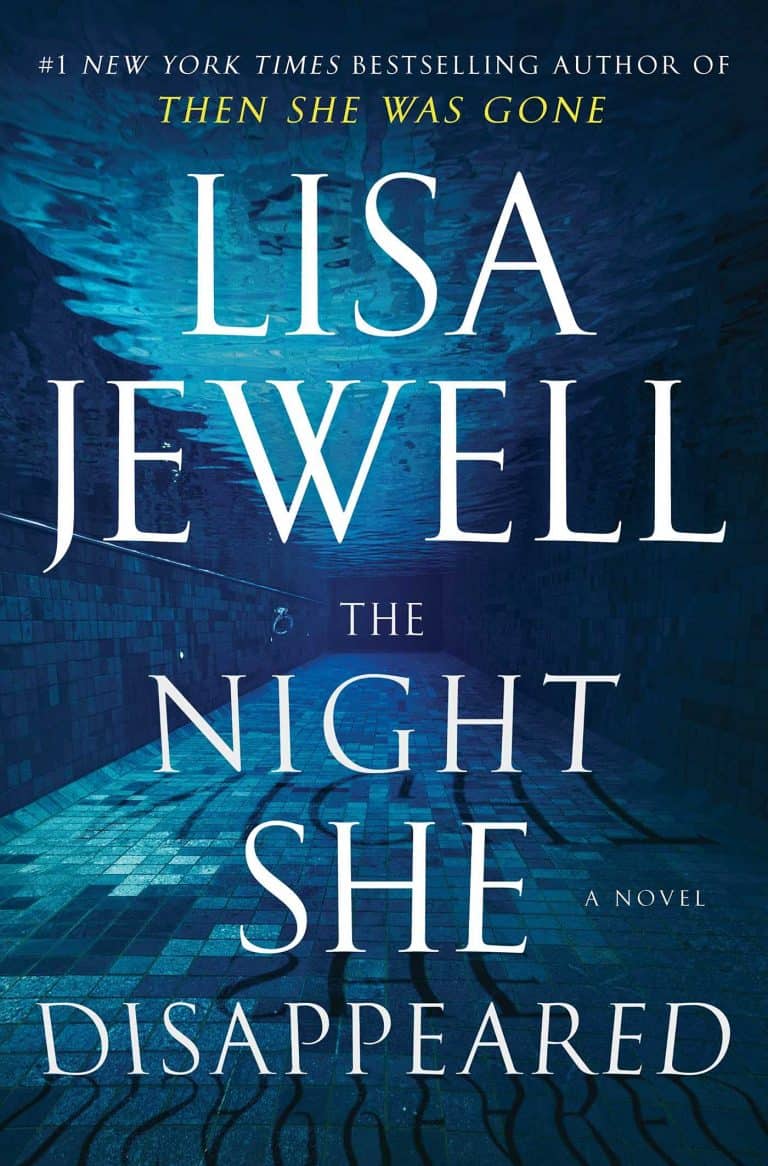 The Night She Disappeared by Lisa Jewell

The Night She Disappeared is the story of a young teen mom, Tallulah, who is living with her mother Kim, who is helping her take care of her baby Noah. Tallulah had broken up with her baby’s father, Zach, but he decided that he wants to get back together with her and promises to help raise their son. Zach convinces her to get back together and he moves into Kim’s house. Kim is happy that Tallulah has someone to help her raise Noah, and Zach does all the right things, but Tallulah knows she doesn’t love him, even though she’d like to make it work. At school Tallulah meets Scarlet, a young woman who in many ways is very different from her. Hanging with Scarlet she feels like she doesn’t have to always be the responsible adult and Tallulah doesn’t tell her new friend that she is a mom. Meanwhile Zach is very controlling and doesn’t like Tallulah having friends.

The story jumps between three different times: the time prior to Tallulah’s disappearance, the night when she disappeared, and a year after. Prior to “the night” we follow the Tallulah’s story. How she tries to be a good mom, manage school, her controlling boyfriend, her relationship with her own mom, and her growing friendship with Scarlet. The main character in the period a year after is Sophia, a writer of cozy mysteries. A year after Tallulah goes missing, Sophia’s boyfriend becomes the headmaster at the school Tallulah and Scarlet attended. They move into the headmaster’s cottage on campus and Sophia is intrigued by the story and, overtime, she becomes obsessed with it. Sophia arranges to “accidently” meet Kim and others who were involved. For her part, Kim is crushed that her daughter has gone missing, leaving her to look after Noah, and it is very hard for her never knowing what happened. We learn what happened “that night” from clues that Sophia uncovers as well as from events leading up to it from Tallulah’s point of view.

Jewell does a great job with character development and Tallulah is someone we are rooting for. Scarlet is very popular, talented, and spontaneous and at first the reader is wondering, just as Tallulah does, why they are becoming friends. However, in the tangle of the two young women’s lives, it begins to make sense. Of course, this is a thriller, and we are all wondering, just as Sophia does, what happened the night Tallulah disappeared?

At first it was a bit hard to follow the switches in time frame, but once you get into the story it really works well. As the story moves back and forth your assumptions about what happened change. I remember remarking that I was getting to the end of the story and it was too exciting to stop. Then I realized I was just a bit over half way through! Yes, you are on edge and the second half of the book feels as exciting as the final chapter of many mysteries.

I listened to the audio version and Joanne Froggatt did a good job as reader. I did notice a few slight shifts in character at several points, but overall the story was very masterfully told. I’m sure there were some meta digs being made about “cozy mysteries” by Lisa Jewell, who is known for her thrillers. Certainly by the end of the story Sophia, the fictional author, is rethinking the type of books she wants to write.